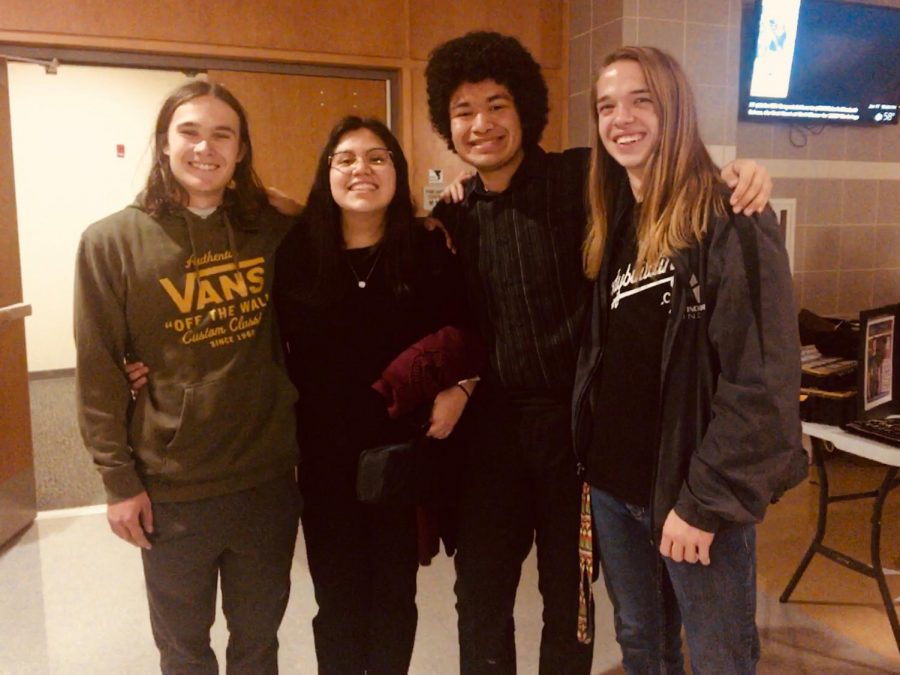 On Jan. 17, the Texas Music Educators Association (TMEA) all-region 5A and 6A band had a concert at Timbercreek High School.

The students that made the all-region band were required to go to a two-day clinic on Jan. 16 and 17 to learn the concert music they were given in advance.

“I enjoyed the music that we got to play at the concert,” sophomore Jhonathan Carmane said. “You just get thrown in with a bunch of kids you’ve never met before and then now you get to make music with each other.”

There were five bands that performed, each band took about 45 minutes with a 15-minute break in between.

“The freshman band was actually really great and the quality was phenomenal even though the music was simple,” band director Greg Davis said. “You develop an ear for listening because you are surrounded by talented musicians.”

The audition process consisted of preparing two to three musical etudes and then playing for judges to hear their opinion on how you sound.

“Overall, I wasn’t planning on trying out for region this year but Mr.Martin encouraged me to do it,” junior Tony Acevedo said. “I made the first chair in the concert band this year, but I started practicing my etudes a month before so I’m not complaining.”

Students that made the region band said that it’s a very beneficial process even though it takes hard work.

“I just like learning the audition material,” sophomore Holt Lee said. “You get to learn hard music and that’s what can make you develop more skills.”

The band directors encourage that students should audition because it helps learn and perfect quality music in a short period of time.

“It was really nervewracking because you work on a piece of music for so long to just get an opinion,” senior Elizabeth Garica said. “Playing the etudes and learning the music helped me become a better player and it taught me discipline.”