OPINION: What Happened to the Homecoming Dance? 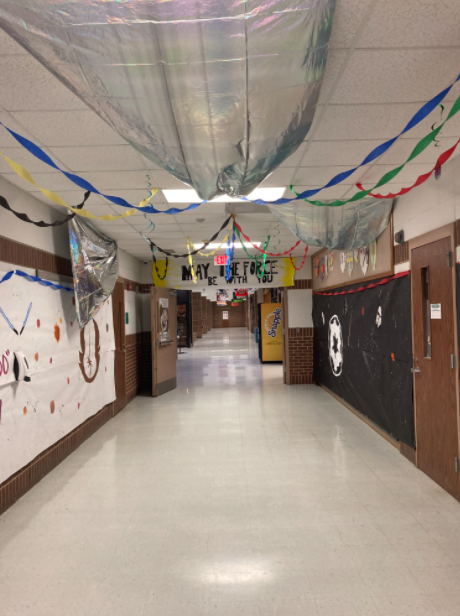 Sophomore Audrey Faith Williams doesn’t think it’s fair that only the seniors get a dance. She agrees we should also help push to continue trying to have a dance.

“I think we should have a homecoming dance,” Williams said. “Yes, I think people would show up, too. The issue I think is we don’t have enough money for it. Maybe another part of the problem is because of COVID, but we also don’t have to wear masks [now].”

Freshman Homecoming court princess Judith Sanchez thinks that without a dance, Azle’s homecoming is just another football game. She said she thinks it’s a bit boring that we are the only school that doesn’t have a dance.

“I would rather switch out the parade with a dance,” she said. “All grades should all have a dance since we are all in the same high school.”

Sophomore Thomas Riley said he would like to attend a school event where he can simply have fun and not worry about participating in the band.

“We don’t really know why we only have a game for homecoming,” he said.

Mrs. Carr said she and the seniors are actually planning on a formal dance in December. There will now be a new event that isn’t just a football game.

Students like junior Jacob Guerra would like to help push for a homecoming dance and would help in any way he can.

“I would help try and push to have a dance, whether it would be to donate or something else,” Guerra said. “Half of the school would be interested in it but maybe some others wouldn’t.”

Maybe not this year but next year, I am going to try and push for a Homecoming dance for Azle High School. If there is enough interest next year in doing the dance hopefully it might be organized one once again.

“I think that particular class was just not interested and the school just doesn’t want to waste the money,” Mrs. Carr said.

I would be very excited to get dressed up with friends and have a fun time at a real high school dance. Let’s try and go for a homecoming dance celebration in 2022!