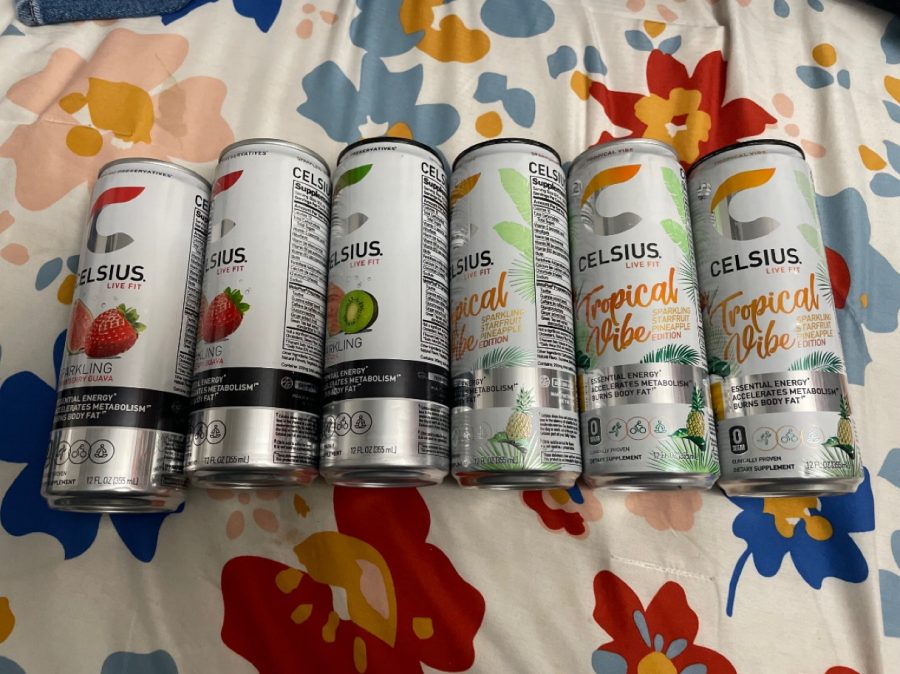 Energy drinks are widely consumed by young adults and especially by teenagers. School work can be overwhelming and students often stay up late doing homework. This causes a lack of energy for the next day and one of the only ways they can get that energy back is by drinking an energy drink. The most popular energy drinks among teenagers are Red Bull, Monster, Bang and, arguably the most popular one, Celsius. Although energy drinks are often seen as unhealthy, they have some positive effects as well.

Energy drinks are great and can help people excel in their everyday life. They have an impact on how the brain functions and especially helps with memory, reaction time and concentration. It is best to consume just one energy drink a day to maintain good health. If you are ever feeling tired, sit back and pop a can of an energy drink you will feel a lot better about your day.

Against Caffeine, by: Kenny Caswell

Monster, Bang, Celsius. These are all popular energy drinks that are consumed daily by Americans, and in one of their more popular demographics, teenagers, they’re causing more negative effects than positive. There has been a notable rise in the consumption of these drinks in teenagers, especially with how busy kids are considering school, jobs and home life.

Energy drinks are a growing market and one that has seen rapid growth in the last five years. According to statistics from a market research company, Packaged Facts, energy drinks as a market commodity were worth $21 billion in 2017, as opposed to the $12.5 billion estimated in 2012.

With the level to which energy drinks are skyrocketing, it’s important to determine how this could be impactful on public health. A simple Google search will provide similar suggestions. Energy drinks can cause increased heart rate, high blood pressure, heart palpitations, insomnia, dehydration and restlessness.

Even if there weren’t addictive chemicals like caffeine in them, your brain is still getting used to the new chemicals being created by the energy drinks, meaning your body becomes physically addicted to the chemicals it’s receiving. As soon as those chemicals aren’t provided, it causes something called withdrawals. The most major symptoms of which are headaches, marked fatigue, anxiety, tremors and irritability—all things that make life slightly harder, and convince you to pick up another energy drink.